Coming to a City Near You: Revitalization! 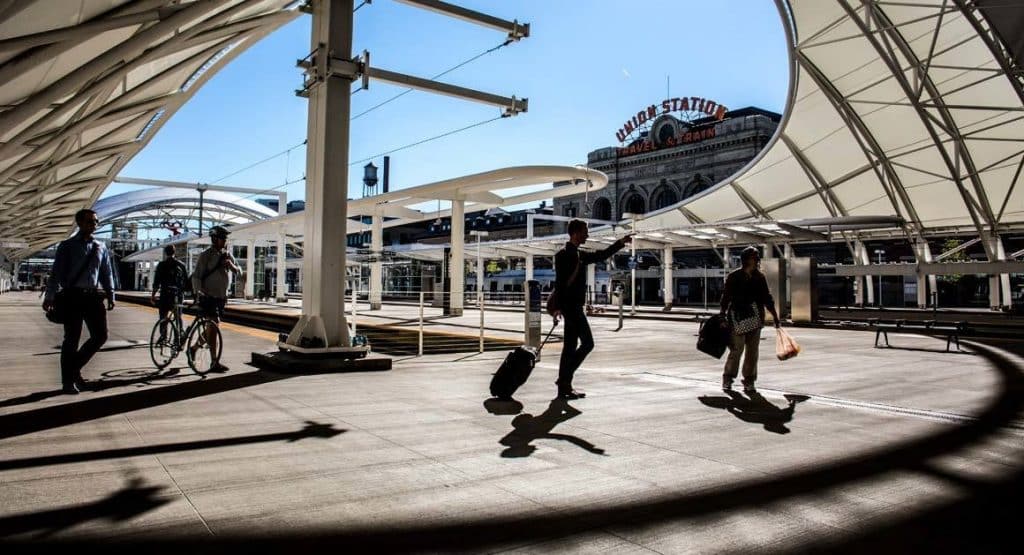 {3:00 minutes to read] A few years ago, I worked on a major redevelopment project related to the historic Denver Union Station. The station had fallen into disrepair—much the way Grand Central had. Recently, a significant renovation was completed.

The majority of the terminal building’s upper levels are now the 112-room Crawford Hotel. The 12,000 sq ft great hall on the ground level serves as the hotel lobby, public space, and train waiting area. There is also a new 22,000 sq ft adjacent space that provides room for 10 independent retail and innovative restaurants.

An integral part of the revitalization is the Fast Track Project, a new rail system surrounding Union Station. This system will consist of 16 stations along with 10 different lines covering 98 miles, with another 15 miles still to come. In addition, $7.6 billion dollars is being invested, over time.

Denver has a history of being car centered, mainly due to its downtown area and numerous outlying communities. Back in the early 70s, Denver had a huge smog problem. There was actually a point where they had more days with poor air quality (over the federal limit for smog) than clean air days. 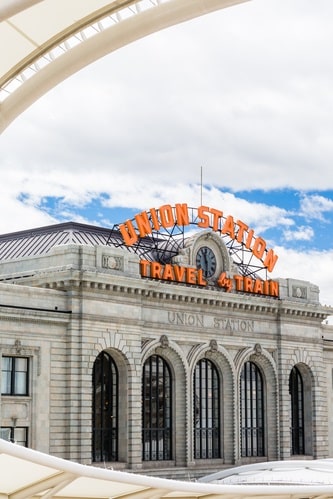 A public-private partnership was created to address the transportation issue. The journey to build this brand new infrastructure features all new rail lines—meant to unclog congested highways—and has proven to do exactly that and more. Now these widespread communities can be connected to a centralized location, and because all the rails end up downtown, it revitalizes the entire central business area.

Denver also built an amazing new airport—that’s larger than Manhattan— located 23 miles from the city, at a cost of almost $5 billion dollars. Recently, a direct high-speed rail link was unveiled that goes directly to the airport. Travelers and residents needing to get to the airport can easily take light rail downtown then transfer to the high-speed rail, never having to worry about traffic. There is even a discussion about creating a ski train so folks could come into the airport, take a train downtown, then get on a train that goes up to the ski resorts.

Denver has been rated one of the top places to live in the country, attracting millennials. It’s become a new tech hub, because of folks who were willing to invest in it for the long term. This can indeed be a model for other cities around the country which have older transit systems that need to be invested in and upgraded, to help them for the long term.

Do you have an innovative vision for your community? Contact me at ccbattles@newcanaanadvisors.com to get started!