What is the 2nd Century Master Development Plan? 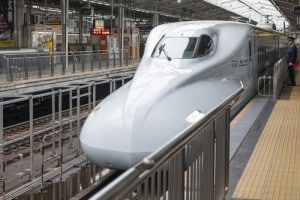 Historic Union Station in Washington, D.C., which opened in 1908, is a classic Beaux-Arts building designed by famed architect Daniel Burnham. Since the peak of its demand during the mid-20th century, the station has undergone significant restoration, transforming it into the commercial success it is today.

Located in the hub of our nation’s capital, it’s no surprise that it is the second-busiest station (after Penn Station) in the Amtrak system. This transportation hub also offers regional commuter rail lines – one serving Maryland and one serving Virginia – as well as subways and buses. It receives approximately 120,000 commuters daily along with tourists, visitors and area residents utilizing the facility as a launching pad for area attractions and special events.

This part of D.C. has been historically split above ground due to all the tracks in the north-end of the station. Accordingly, it has largely been a dormant community but is now one of D.C.’s fastest up-and-coming areas. Thus, the time for implementing a “big vision” that carries far into the future is needed more now than ever before.

To bring this $8.5 billion long-term vision to fruition, Union Station selected Beyer Blinder Belle Architects and Grimshaw Architects as master planners for the station part of the project, known as the 2nd Century Master Development Plan.

Indeed, the 2nd Century Master Development Plan will transform this part of the district and give folks an enhanced transportation experience. It has the ability to be as influential to D.C. as Grand Central Terminal is to New York City.

I bring extensive experience to these types of complex projects involving public/private partnerships and multiple parties. My role is to bring these folks together to help them reimagine an old icon in a new way.

I often tell people: The things they dream of in the middle of the night, I can help bring into the light of day – unlocking visions and creating value. What would you like to see take shape at Union Station in D.C.?

Contact me at New Canaan Advisors with your questions or comments.