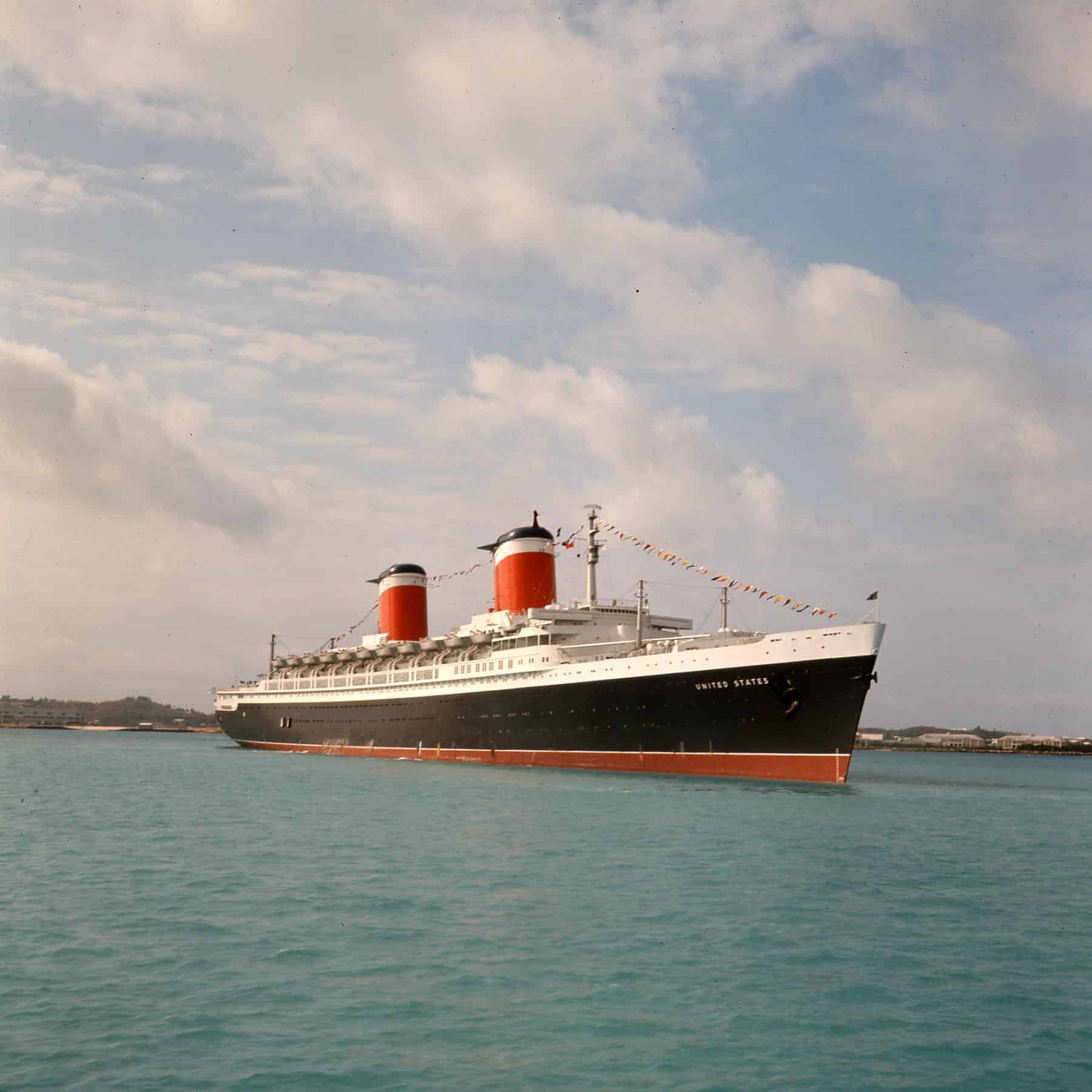 It was during that initial transatlantic journey to Bishop Rock off Cornwall, UK that the “Big U” captured the Blue Riband given to the passenger liner crossing the Atlantic Ocean in regular service with the record highest speed.  The United States broke the transatlantic speed record held by Queen Mary for the previous 14 years by over 10 hours, making the maiden crossing  in three days, 10 hours, 40 minutes at an average speed of 35.59 kn (40.96 mph).

Built at a cost of $78 million, the ship is the largest ocean liner constructed entirely in the U.S., the fastest ocean liner to cross the Atlantic in either direction, and even in her retirement retains the Blue Riband.  Presently, the SSUSC is spearheading an effort to save the ship as a new waterfront mixed-use attraction in a major East Coast venue.