Roads vs. Rails: Which is the better investment? 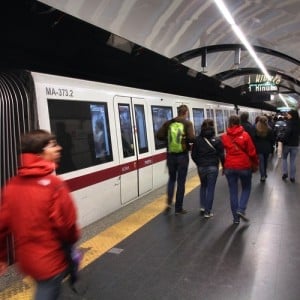 Across the country, many states are facing an epidemic: the basic infrastructure is aging rapidly. Bridges, highways, and railroads often need to be replaced or undergo major repairs. This challenge is here to stay until it’s resolved across the country. It’s a hot topic for debate, especially in large metropolitan areas.

In Connecticut, Governor Malloy has recently created a 5 year transportation vision plan to help guide this discussion. He is trying to balance the needs of drivers, as well as public transportation commuters.

Connecticut faces a conundrum on how best to expand its transportation infrastructure. Currently, there are two primary roads that go through the state:

1. The Merritt Parkway, a two-lane highway, which is closed to commercial traffic.

2. I-95, which connects points north, in Boston and Rhode Island, down to New York City and south from there, which gets all the heavy truck traffic.

Both highways at one point had tolls to help pay for improvements, but over time, those bonds have been paid off so there’s no longer an available funding mechanism. What ends up happening is people use these roads as though they’re “local” streets rather than “express” highways – they get on the road for two exits then get off. At almost any time of the day, these highways are almost full to capacity. Should there be any kind of incident, such as a fender bender, a nightmare ensues.

On the other hand, it has been long known that trains are much more efficient at transporting the masses compared to cars. The rail system that runs through Connecticut is part of the Metro North Commuter Railroad, and runs from New Haven down into Grand Central Terminal. In addition, Amtrak runs along the same roadbed in Connecticut with stops at Stamford and New Haven, while connecting Manhattan and Boston.

The question becomes: Where should Connecticut invest money to improve its vital transportation network over the next 20 years? What is the best strategic investment the state can make to help develop the transportation infrastructure to be an engine of growth? The choices are:

What would these improvements do for people willing to relocate their businesses in Connecticut? The state is looking at a high-speed rail line between New Haven and Hartford that would dramatically reduce commute time from further distances. As a result of quicker commute times, Connecticut becomes an attractive place to work and live.

My sense is that the most beneficial course of action would be to invest the bulk of the funds in high-speed rail expansion. Even adding two more functional tracks to the state’s busiest train station, in Stamford, would dramatically improve the performance.

New York and New Jersey are also facing major transportation challenges. Do you have any solutions? Share your ideas and comments with me!