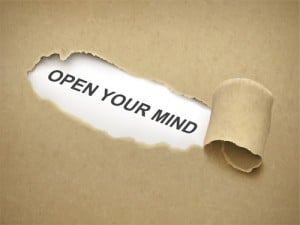 {2:40 minutes to read} I recently came across a New York Times article entitled Why I Taught Myself to Procrastinate. It said that people who are chronic procrastinators think their procrastination is a bad thing. They feel that they’re always behind and can’t make deadlines.

The article went on to explain that procrastinating can actually be the greatest thing since “sliced bread.” Why? Because when you take the time to think, rather than just going with the first idea that comes to you, you’re more creative and can come up with better solutions. There have certainly been times that I’ve written down what I thought were brilliant ideas, but when I’ve come back to them, they weren’t all that amazing.

According to the article, research was done at the University of Wisconsin on the subject of procrastination. In one study, half of the participants were asked to come up with a new business idea on the spot, and the other half were asked to play Solitaire for 5 minutes and then think of a business idea. After everyone’s ideas were submitted, the procrastinators’ ideas were found to be 28% more creative.

When producer and playwright Aaron Sorkin was asked about his chronic procrastination, his response was: “You call it procrastination, I call it thinking.” Steve Jobs and Frank Lloyd Wright identified themselves as procrastinators, as does Bill Clinton.

On the other side of the coin, procrastination can be destructive. If you wait too long to complete something, it can cause anxiety, which becomes counterproductive. How do you push yourself a bit at a time to reach your long-term goal? When I’m planning, I ask myself what the next step is, in order to keep a project moving down the line.

If you procrastinate, instead of wallowing in guilt because you haven’t started or finished a task, remember that the right type of procrastination can make you more creative. You may come up with a better solution in the long run.

Have you ever come up with an extra-creative idea after mulling over it longer than usual? Feel free to share your thoughts in the comment section below.