Lessons from Harvard: Learn to Shift Your Perspective (in Business & in Life!) 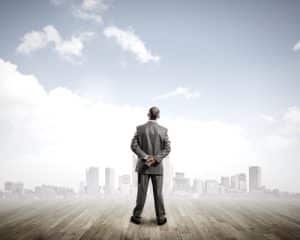 {4:45 minutes to read} Recently, I accompanied my daughter on a visit to Harvard University. We joined a group of her peers headed up to Boston to meet Harvard Professor Mahzarin Banaji.

Professor Banaji has done some well-known research into unconscious bias on how people view each other and how their impressions affect their reactions to the world. Recently, she has authored Blindspot, which is described as “a metaphor to capture that portion of the mind that houses hidden biases.”

My daughter and I were able to experience a few unique experiments during our visit.

For instance, consider this riddle: A father and his son are in a car accident. The father dies at the scene and the son is rushed to the hospital. At the hospital, the surgeon looks at the boy and says, “I can’t operate on this boy, he is my son.” How can this be? Who is the doctor? The answer: It’s his mother. Those who didn’t know the answer likely have the unconscious bias that surgeons can only be men.

At Harvard, we were taken down into an area called the Vision Sciences Lab where a team of scientists studies how the brain adapts to different visual stimulus. There, Professor Banaji engaged the students in some of the exercises that are part of her research:

These exercises were meant to show the kids that science is cool and those scientists are different from what they may picture them to be. Things are not always as they appear and you must be willing to challenge the status quo or your pre-conceived perceptions in life and in business. People come from different backgrounds and have different perspectives, and your ability to adapt to changing conditions and to see things from another person’s shoes will make you that much more effective.

In business, how have you adapted or shifted your perception to work with a broad range of dynamic individuals?